??Real Madrid are ready to make one last push to secure the services of ?Chelsea star Eden Hazard before the transfer window closes on August 31st.

The Blues are facing a mounting battle to keep hold of their star players, already losing keeper Thibaut Courtois to Los Blancos who are now looking to resume their pursuit of the 27-year-old Belgian attacking midfielder. After the shock departure of ?Cristiano Ronaldo to ?Juventus earlier in the summer, manager Julen Lopetegui is desperate to add a new marquee signing to his ranks and believes the Belgian fits the bill.

The Belgian winger sparked rumours during ?an interview at the World Cup where he stated it “might be time for something different” after six years in London. 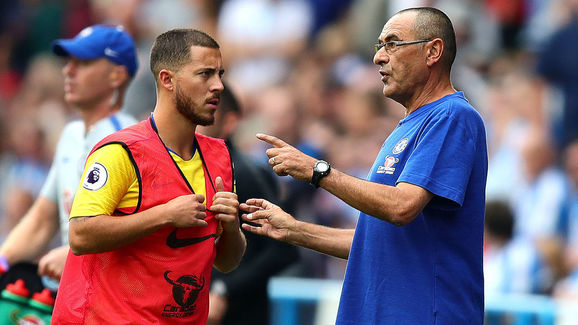 Hazard is currently in the final two years of his contract and Blues manager Maurizio Sarri is very keen to offer him a new deal. According to ?the Mirror, an offer in the region of £300k-a-week is on the table in a bid to persuade him to stay, but Hazard apparently does not want to sign unless he feels Chelsea can make a run back into the Champions League.

Lopetegui’s attempts to sign Hazard are part of a long-term project to keep the Belgian international at Madrid for many years to come, in order to continue their reign as a powerhouse of world football and the Galacticos want to prove to Hazard how much they want him.

Eden Hazard:
To avoid a repeat of the Courtois debacle…
New five year deal.
£300 K per week.
Chelsea captain.
£200 Million buy out clause if the Blues fail to qualify for the Champions League.
Signed and sealed this month.
What are your thoughts? pic.twitter.com/42x3r578Qu

Real Madrid have just under two weeks to get the deal done, and it remains to be seen whether they’ll up the ante, set their sights elsewhere, or choose to place their faith in the current squad.