Chelsea Women forward Fran Kirby has explained that a condition known as pericarditis affecting the heart and chest is the reason for her ongoing layoff since November, although the 26-year-old England international is starting to prepare herself to return to training.

Pericarditis is usually the result of a viral infection and causes inflammation of the fluid-filled sac that surrounds the heart. Symptoms will often include chest pain, shortness of breath, fever, nausea and weakness, which resulted in Kirby sleeping for up to 15 hours a day early on. 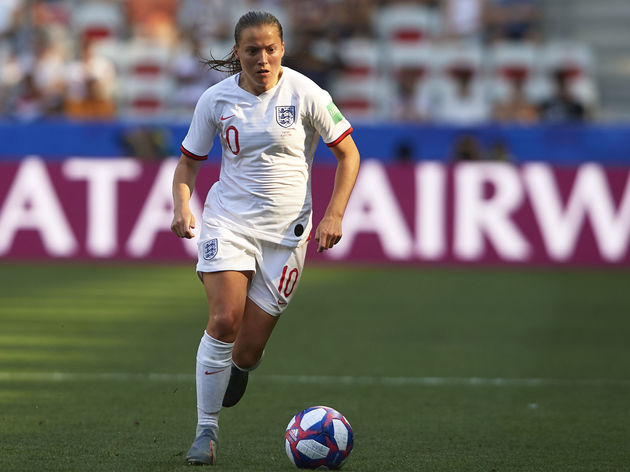 The player was diagnosed shortly after Chelsea’s WSL win over Manchester United in November, a game in which she appeared from the bench, and has been taking anti-inflammatory medication to correct the problem since.

By her own admission, Kirby is now feeling ‘100 times better’ than when she first started suffering with the symptoms, which had come as a disappointing setback because she was otherwise free of injuries after a difficult struggle with fitness.

“When I became ill the frustration went away as I didn’t even have the energy to be frustrated, I had no emotion as I was too tired. It took over my life in a negative way, I couldn’t even get up to make food,” the 2017/18 PFA Players’ Player of the Year told Chelsea’s official website.

At the worst of it, Kirby explained that she was unable to even hold conversations with other people because her ill health was ‘constantly’ taking her full attention. “Now I am coming to the other end of it, I am back around the girls more, I have the energy to come in or go to the pool when they are doing recovery,” she said.

As yet, there is no set time frame for when fans might see Kirby back in action for Chelsea or England, with this still a ‘day-by-day process’ as she fully recovers.

“I am getting there,” she said. “I have more energy and less symptoms but I need to go slowly as if I come back too soon it could be another three weeks out.”

When Kirby is able to make her return, she will bolster an already fearsome Chelsea attacking unit that features Sam Kerr, Bethany England, Ji So-yun, Guro Reiten and Erin Cuthbert.