?Bayern Munich already have one foot in the Champions League quarter-finals thanks to their impressive 3-0 win over a 10-man Chelsea, where ex-Arsenal star Serge Gnabry stole the show for the Bundesliga champions.

Bayern Munich showed their threat on the counter-attack in the early stages of the match through Kingsley Coman and Serge Gnabry, while 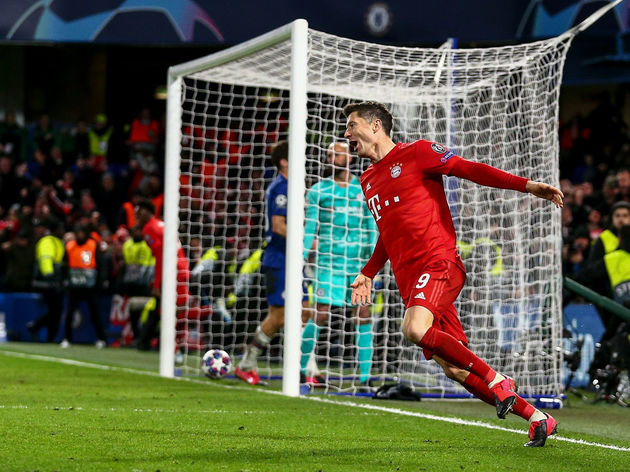 Just a few minutes later, Bayern Munich doubled their lead through the same partnership, with Gnabry racing onto a through ball from Lewandowski before picking out

Frank Lampard made the decision to keep things as they were after their impressive win against Tottenham Hotspur, but one notable difference was the position of attacking midfielders Ross Barkley and Mason Mount.

Both players were taking up positions in much wider areas compared to how they were used at the weekend. It was a decision which helped to negate Bayern Munich’s threat in wide areas, but it allowed Joshua Kimmich and There’s not too much to shout about for Chelsea fans after the first leg of their Champions League last 16 match against Bayern Munich, but

Fair to say the only Chelsea player tonight at the same level as Bayern is Kova?i?.
The Blues performance doesn’t reflect badly on Lampard or his players… it’s a measure of how much work needs to be done to get the squad back to a level where it can compete with Europe’s elite

Kovacic the only exceptional player here..

Chelsea did brilliantly to negate most of the most dangerous tools in Hansi Flick’s arsenal, but Bayern Munich’s obvious threat going forward helped to cancel out two players who have been vital under Frank Lampard this season.

With Kingsley Coman and Benjamin Pavard attacking down the right-wing, while Serge Gnabry and Alphonso Davies were doing the same on the left, that left Chelsea’s full-backs with little choice but to sit deep – creating a back five. Chelsea eventually paid the price for being forced to sit deeper when Gnabry opened the scoring with two stunning goals at the start of the second half, helping to open up the game and letting Lewandowski add a third, all but wrapping things up ahead of the second leg next month.

Fans in Germany have known for some time that

Thomas Muller is a once in a lifetime player .

Chelsea playing four central midfielders and three centre-backs but not one of them is getting close to Thomas Muller at the moment. Suspect that might be a problem before long

Müller was living up to his reputation as a Raumdeuter and popped up all over the pitch to cause Chelsea problems in the final third, even having some of Bayern Munich’s best chances of the match.

After back-to-back games at Stamford Bridge, Chelsea travel to the south coast this weekend to face Eddie Howe’s Bournemouth.

Bayern Munich are also on the road this weekend, facing TSG Hoffenheim.