?With Maurizio Sarri choosing not to include England international Ruben Loftus-Cheek in his matchday squad for the 3-2 win against ?Arsenal on Saturday, the Three Lions starlet is set to request a discussion with the club about his future.

The Sun report that the 22 year-old Chelsea midfielder will request another loan away from his boyhood club as a result of a lack in game time potentially hindering his progress and future at the top level for club and country. 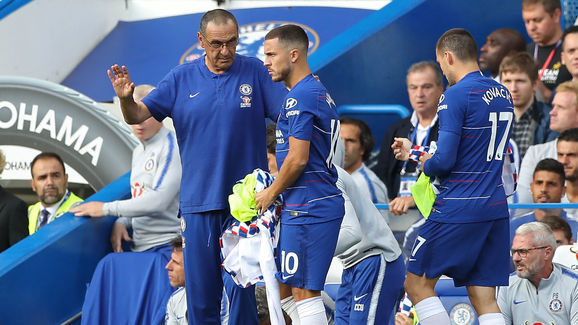 After a very positive World Cup campaign which came off the back of a hugely successful season with ?Crystal Palace, in which he managed 25 appearances, Loftus-Cheek was told he would be integrated into the former Napoli boss’ new look Chelsea side.

However, after a short cameo on the opening day of the season against Huddersfield and no sight of his name on Saturday evening’s squad sheet, it seems the central midfielder looks resigned to exploring the possibility of a move away from Stamford Bridge with Jorginho, N’golo Kante, England hopeful Ross Barkley, Cesc Fabregas and more recently Mateo Kovacic being the pieces into Sarri’s midfield jigsaw.

With the Premier League transfer window now firmly shut, the only foreseeable option for the talented midfielder, who has been with the club since the age of 8, is to pursue another loan deal away from the Blues.

Rumours of interest from ?Schalke seem to have resurfaced again now that a loan deal looks on the cards after they were priced out of a permanent move, with other stories suggesting that the England international is wanted by a number of other clubs across Europe.

Loftus-Cheek seems desperate for regular minutes week in week out and, with that type of willingness, one can only assume he will have a number of suitors craving for his loan signature before windows shut around Europe.