Chelseawinger Kenedy is set to undergo a medical ahead of a second loan spell at Newcastle, according to Sky Sports.

The Brazilian midfielder only returned to the Blues camp at Cobham on Monday for first-team training, though it appears his return to Stamford Bridge will be short lived.

The 22-year-old spent the second half of last season on loan at St James’ Park and played remarkably well during his time there, impressing sufficiently to be linked with moves to both Barcelona and Bayern Munich.

He made 13 appearances for the Toon in the Premier League, contributing two goals. The Brazilian formed a strong bond with the club’s fanbase after his impressive showings, with Newcastle believed to be keen on bringing him back on a permanent basis should his second loan spell go well.

However, it isn’t clear at this stage whether or not they will be handed the option of purchasing him outright at the end of the 2018/19 campaign. Kenedy has made only 27 appearances for his parent club since his move from Brazilian side Fluminense three seasons ago, and his chances of becoming a regular first-team squad member grow less likely with every loan move.

The Magpies meanwhile are also reportedly eyeing a move for former player Andros Townsend, who departed for Selhurst Park back in 2016. 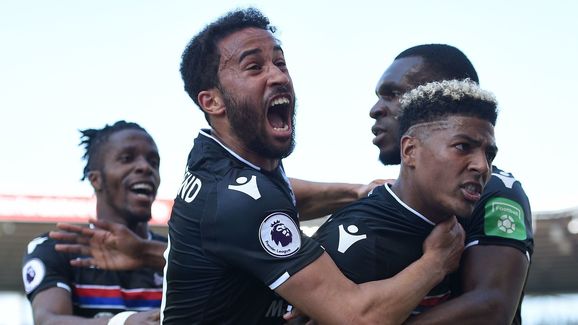 The English speedster is currently on the books at Crystal Palace; but it’s rumoured that they are willing to offload him for around £17m this summer. It is also understood that Kenedy’s loan switch will not affect any potential deal for Townsend.