Bayern Munich and Arsenal are the latest clubs to express an interest in ?Chelsea youngster Callum Hudson-Odoi?, as he enters the final 18 months of his contract.

Despite being highly rated at Stamford Bridge, 18-year-old Hudson-Odoi’s pathway to the first team at Stamford Bridge appears difficult. There have been suggestions that he could become the latest prestigious English talent – following the examples of Jadon Sancho and Reiss Nelson – to move abroad in order to gain valuable experience. 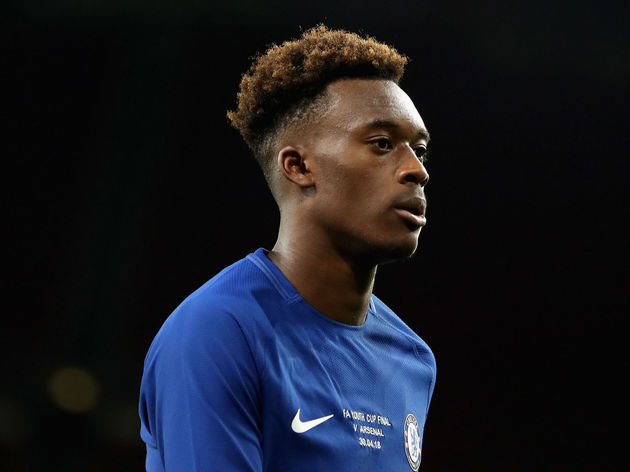 ?The Sun, ?Bayern Munich are leading the race for the winger and want to push through a deal in January for a player they view as a potential ‘long term replacement’ for legendary forward Arjen Robben. However, Bayern will face stiff competition from other European giants including Barcelona, Juventus and ?Arsenal.

The U17 World Cup winner has a sparkling reputation and has shown glimpses of his talent to the Chelsea fans. After a superb pre-season – as well as starting in the Community Shield – it looked as if the teenager would have a breakthrough season. However, he has only managed 35 minutes in the first-team since August.

Chelsea boss Maurizio Sarri has preferred to use wingers ?Eden Hazard, Willian and Pedro this campaign and his recent comments do not imply Hudson-Odoi will be starting for the Blues anytime soon. “I will try to find the space for him.

It is likely that Hudson-Odoi will want to fight for a place at the club he joined at seven years old, however, after seeing Sancho and Nelson flourish in Germany – the Chelsea youngster may feel he needs to follow the emerging trend in moving abroad, in order to reach his potential.